The Tefilin of Habakuk Hanavi

We are supposed to post once a month to keep our our privilege to edit this blog. Here is more of a proper post with a dvar Torah. Perhaps something that other's may not have come across yet in their Torah studies.

For those involved in עניני S"tam, Torah study in general gains a different prism through which we examine various sources. It is always through lens of this עסק, in the back of ones mind. You notice things you would have otherwise simply skimmed over.

Here is an example of the thoughts that pasted through as I came across this past שבת in  זהר בשלח מה׳ א׳.

The Tefila of Habakuk is described as the concept of the Tefila, in the singular, of the Hand Tefilin, תפילה של יד. This unusual statement seems mentioned almost in passing, as a different explanations is then given at length, and this idea is not elaborated further inside. However, some מפרשים do discuss it a bit. 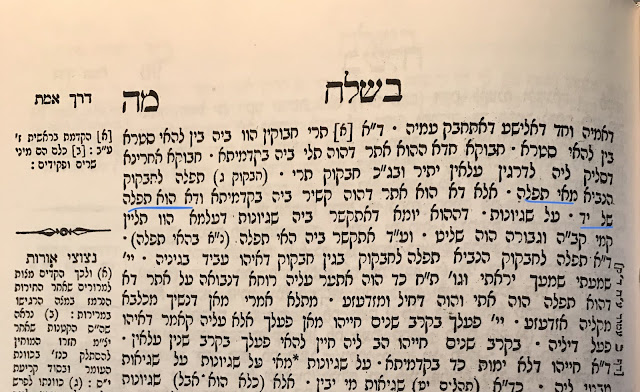 The context is within a discussion of an aggada brought here about Habakuk Hanavi. How he was born from story of Elisha Hanavi blessing the שונמית women with a child. The child subsequently dies because the blessing was given on Rosh Hashana, only to her, and not to her husband. Since this was a day of Judgement, and the feminine aspect, in this case, the שונמית women, corresponds with the מלכות, דין, the strict judgement of the king on Rosh Hashana, this resulted in the death of the Child. When Elisha Hanavi brought the child back to life, it explains that the name of חבקוק is composed of a double חבוק, a double embrace. The first hug is that of his mother, as Elisha promises her, את חובקת בן, while the second hug is that of Elisha Hanavi himself, when he lay on top of, in holding the child.

The question first posed by the Tanaim here, is why is the Nevua of Habakuk described with a Tefila, unlike the other nevi'im?

Saying that the Tefila is Tefila shel yad is the first viewpoint brought in answer to this question.

For some insight, we look into פירוש אור החמה על הזהר. In which the grandfather of the Chida,
ר׳ אברהם אזולי, culls three major mefarshim: The Ramak, R' Chaim Vital and Harav Avraham Gilaniti.

The Ramak explains that the question here is that it could have said תהלה לחבקוק, a 'praise' rather than a תפילה, a 'prayer.' But the concept of prayer here is rather, the source of life to חבקוק, since the level of 'Tefila' is what properly corresponds with the concept of מלכות of Rosh Hashana. This level and this day is the source of his life through the Navi Elsiha. The word Tefila itself, means "union" and and the hand Tefilin are united with the head tefilin, representing reattaching the life of חבקוק to his source. 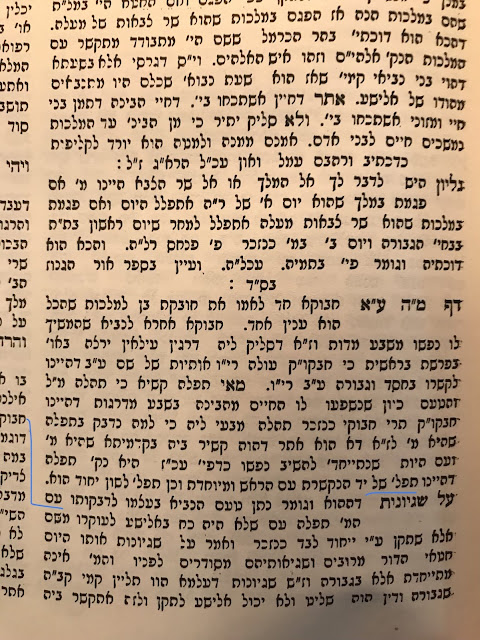 R' Chaim Vital explains that the concept of the 'tree of death' corresponds to the Tefila shel Yad (as opposed to the 'Tree of life' represented higher concepts like the head Tefilin etc.) The reason that this idea 'attached' itself to Habakuk was because of שגיונות, the sins, that are judged on Rosh Hashana, which was the day Elisha blessed the שונמית. This 'death', can be interpreted in two ways. It can mean that it refers to the gilgul of the soul from a previous lifetime, who was judged, because of its sins in that life time, it's שגיונות,  to come into the body of Habakuk. Or, it can refer to simply the body of the child, not the soul, since the blessing to have a 'son' בן, corresponds with the level of מלכות, שם בן, (when you spell Hashem's name with the letter ה׳.) The 'son' therefore corresponds to the same level as Rosh Hashana. (another explanation is that the Tefila was that, if death comes from the femnine aspect, the מלכות, he should get life from on high, from the ו׳ קצוות, בחי׳ דכר, masculine aspect.) 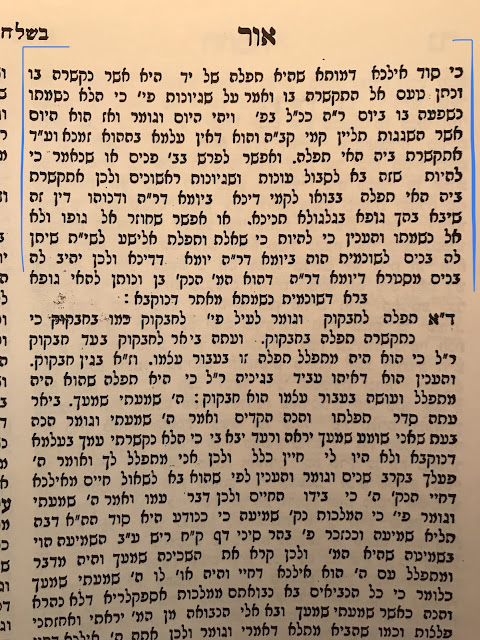 Harav Hagalanti describes the Tefila shel Yad also as מלכות, but that he died because of the שגיונות דעלמא, he was affected by the sins of the rest of the world that were being judged at that time on Rosha Hashana. Elisha Hanavi then drew down upon him a new רוח to enliven him. 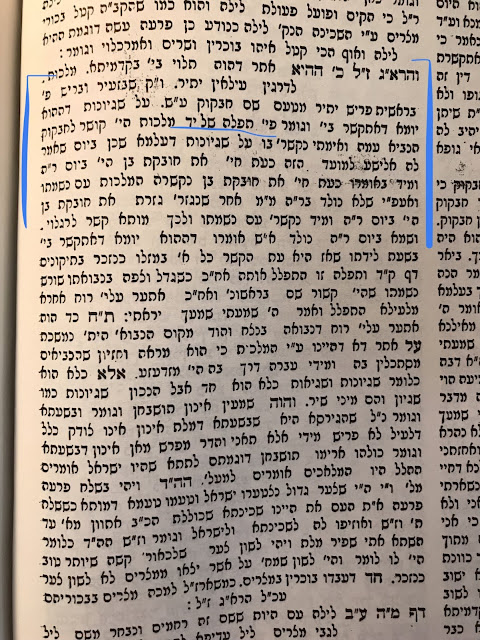 Interestingly, in the Siddur Arizal Kol Yakov (R' Yakov Kapil) it describes the intentions when wrapping the hand Tefilin, that "you stretch forth your left arm as one who is about to embrace their friend. You then place the house (tefila) on the proper place on the arm with the embrace of your right arm. This, in the secret of the of the verse, "his left hand is under my head and his right embraces me."

How much indeed this apears as a חבקוק, a "double embrace" using both the right and left arm! 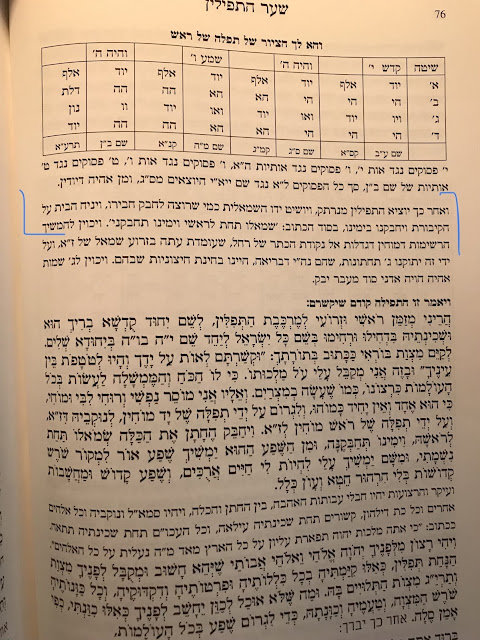 Both the Shulchan Aruch Harav and the Mishnah Brurah use similar terminology when describing the importance of the shin being "pointy" on the bottom and all three branches of the letter shin meeting at a point or "chad" at the bottom of the letter. There is a strong foundation in Halacha for this and for the bottom of the shin to be flat like a moshav (base) is considered questionable (Pri Megadim) and definitely not Kosher Lechatchillah. It is worse if the moshav is very wide, but it is still questionable if it is lechatchillah if there is a thick noticeable base rather than a chad. Even for Sephardim, who lechatchillah make an angular base, it is still important that the base is indeed on a (significant) angle. If the base is flat, even if all three branches of the shin come out of the base  connected , as in the top picture, it is problematic.  It is worse in the bottom picture below where the right head/ branch comes out of the right part of the base and the m
Read more 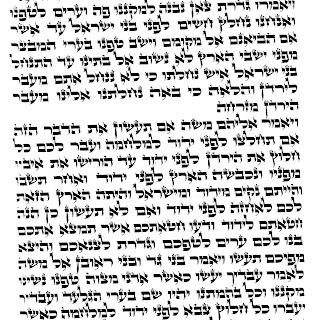 Following Ari's post, I have cut and pasted an article I wrote for a local publication some time ago on this very issue. I think it sums up this issue and the various shittos. I also suggest Rav Yonason Hershlags kuntres on this topic called "stumah shebestam". The different ways of forming the"Hefsek Parshas Stuma" in tefillin parshiyos. Introduction There is a common misconception that the only difference between the different minhagim (customs) of tefillin parshiyos is the ksav (font) they are written in. For example if a person is Sephardic, the ksav will be "Vellish", a script that is unique to Sephardic Jews; If one is of traditional Ashkenazic and non-Chassidic background, then he would usually get the "Beis Yosef" script;  If one is "Chassidic", he would get the "Arizal" script, etc.  While this is correct, there are also different opinions and minhagim on how to make the spacing between the parshiyos of th
Read more