On the Stringency of writing Megillas Esther, the beginnings of Safrus from Ezra hasofer, ksav Ashuris, ksiva tama, the 70 languages and on sirtut

The Berditchever writes at length his view on ksav Asuris etc, in his Kedusha Shniya on Purim. As you’ll see below.

The first part(kidusha rishona), concerning the stringency of megilla, does not have to do with סת״ם as much as comparing it to Sefer Torah, in general. The later points have more to do with סת״ם itself. Nonetheless, I trust this first part will still be of interest to the sofrim. Permission for use of the pictures of the text was given by the מו״ל of this edition (who happens to be a descendant of the Berditchever!)

The stringency we find by Megillas Esther over a sefer Torah.

There is a stronger obligation to read the megilla than there is a to read the Torah. Yet the Torah is from Moshe from Sinai while the Megilla is only written ברוח הקודש by Mordechai and Esther. Even though it is an obligation to read Yetzias Mitzrayim from the Torah, parshas Zachor and an obligation of Torah study, one can fulfill this in any language. This in not the case with the Megilla that has a number of unique halachas in its reading: can not be read backwards, not by heart, not translated or in any other language. 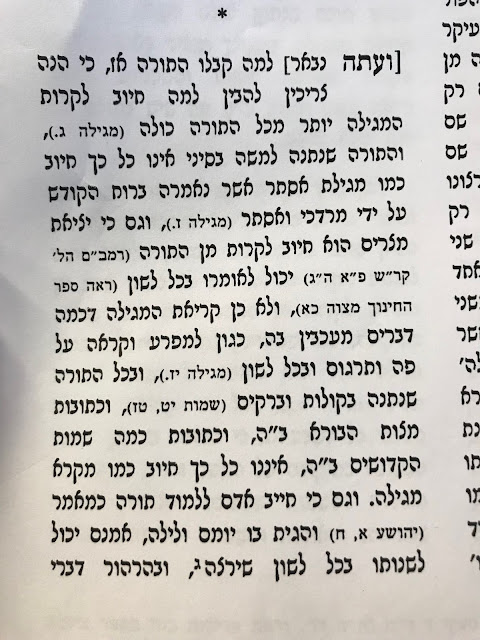 We further don’t find the obligation to read from a sefer Torah that’s written properly with Ksav Ashuris , in a sefer - with dyo, like we do for a Megilla. We are even mevatel Talmud Torah to read the Megilla. The names of Hashem that are hidden in the megilla are revealed and sparkle only when read from a proper sefer. 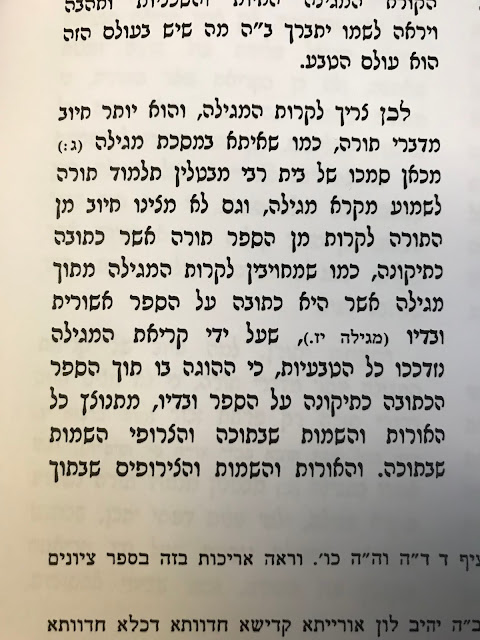 The idea and explaination behind this is, in short, that the Torah corresponds to the higher, spiritual realms while the megilla, the lower, natural realm. It is specifically because it is in the natural world that the giving of the Torah was considered incomplete until Purim. 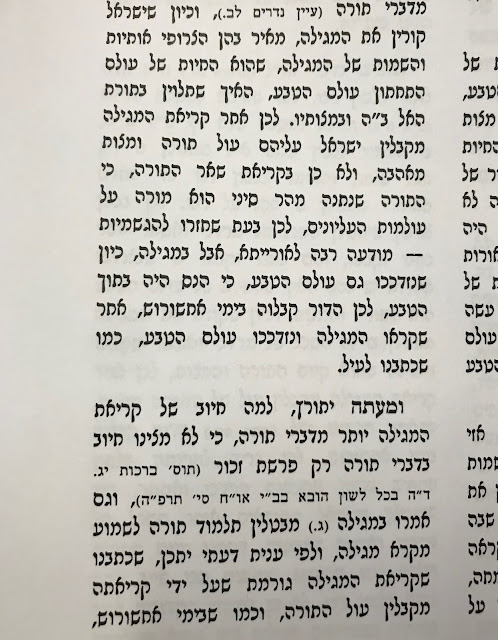 This is reflected in the fact that the names of Hashem are only in the rashei and sofei tevos, the beginning and end of words. This is because Hashem is uniquely present pervasive all the way through until within the story itself, and a story is composed of a number of words together, not just one word or a name. 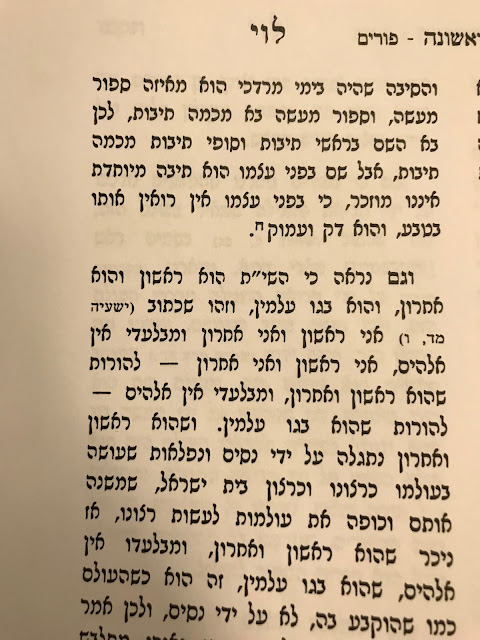 Some mareh mekomos on this halachic point of stringency of the megilla.

(Harav Shay Mendelovi שי׳ pointed out to me that we also see this stringency of Megilla over sefer Torah from what is brought from Rabenu Tam in Machzor Vitri siman 517 that the klaf of Megilla needs to be worked in afatzim while it’s possible that a Sefer Torah is kosher on diftera.)

It is at this time in history that the ksav changed to writing in Ashuris as we do today. Even though Ezra didn’t merit to have the Torah given through him, he merited that it would change (via the ksav) through him. (Accordingly, Ezra was the first real sofer Stam, as we understand and practice it! This explanation goes according to the opinion in the Gemara Sanhedrin 21A, that before Ezra they used ksav Ivri. However, the conclusion of the Gemara is מה ווין לא נשתנו... ע״ש that the letters never changed ע״ש הסוגיא).

It turns out then, that the writing as we know it today begins with the establishment of Megillas Esther. The reason Ezra merited to have the ksav change by him was because it was then that we truly received the Torah, הדר וקבלוה and it was in the merit of our acceptance to read the Megilla that the second Mikdash was built. 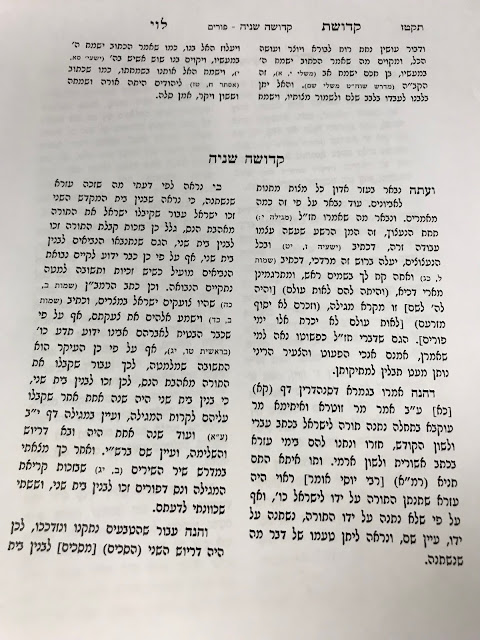 The explanation then extends into what the Berditchever received about the osios al yesod of Toras haBesht and the Magid, that in the higher realms (the level of the Torah scroll, as we are discussing here) there are no form to the letters. Only below, in the natural world, as in Megillas Esther, do the letters take shape. The difference in lettering between the sefer Torah and the Megilla is likened to the difference between the more ethereal words of  speech and the written word; like the difference between the first and second Mikdash (The second Mikdash was built in the third year, after the story of Purim. Since the first year it was only read in Shushan and established for generations in the second year, the third year was when it was established.) It is correspondingly likened to the first and second ה׳ of Hashem’s name. 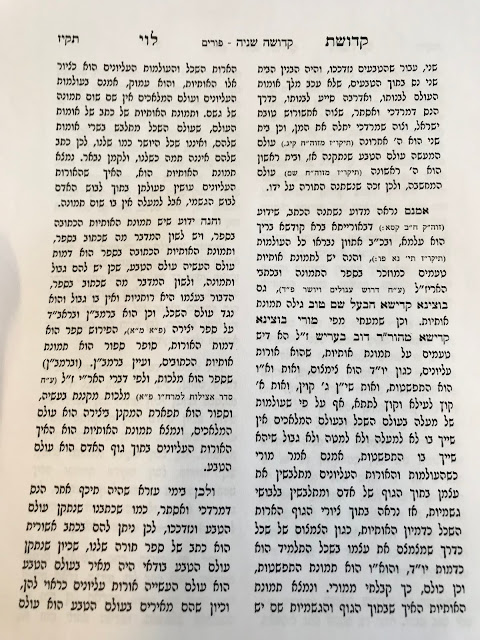 This is also why ksav Ivri is called “ksav livona”, according to Rashi, it is a writing with Larger letters as used in kameyos and Mezuzos.” Just as in kameyos are written the names of angels, this ksav refers to a more spiritual, ethereal type of writing (as Moshe saw when he went up to the mountain).

“Livona,” according to Tosfos means “white”. The color white represents the higher realms, while the color black represents the lower realms and this natural world. Therefore, our letters, from the time of the Megilla on, are black.

It’s also possible that they merited lashon hakodesh instead of Aramaic by divorcing the non-Jewish women, as told in the story of Ezra. 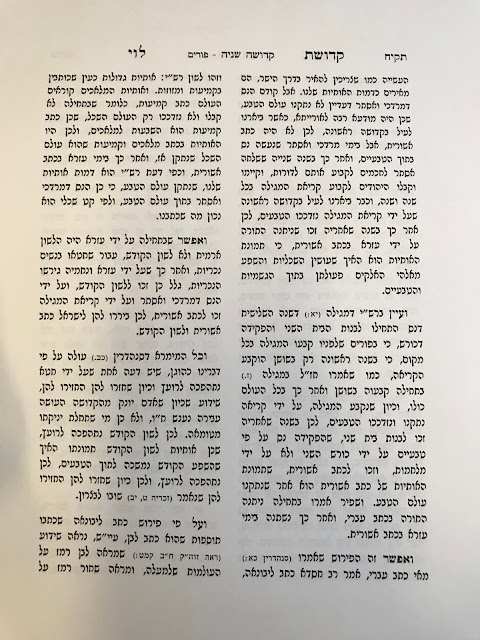 On the verse תחת הנעצוץ יעלה ברוש, that our sages explain as referring to the story of Purim, this is the meaning of והיה לאות עולם, that it will be a “sign forever.” The words אות עולם can also mean “forever letters!” Meaning the letters of Ashuris that we merited to us from then on and forever in our writing of סת״ם!

Another well known concept in writing Stam is “ksiva tama.” An idea which lends itself to a number of Halachos in forming the letters.

The concept is that the language and alphabet of each nation corresponds with their spiritual source and type of divine service they do. The nations of the world, under their ministering angels serve and receive in an incomplete way. Each angel sings shira and uses their language in that avoda. However, the ministering angel only has validity to the extent and in the capacity that it Israel and holiness. Therefore their lettering and language is considered “incomplete.” (Mordechai knew 70 languages as he knew the the song of each ministering angel and used this to influence the ministering angel of Persia.)

Neshamos Israel, on the other hand, are told in the Torah תמים תהיה עם ה׳, that our service must be “tamim” - complete and perfect. The spiritual lettering through which our divine flow reaches us is “complete.” We are therefore enjoined to write these letters, as well, in a “complete” way - ksiva tama. 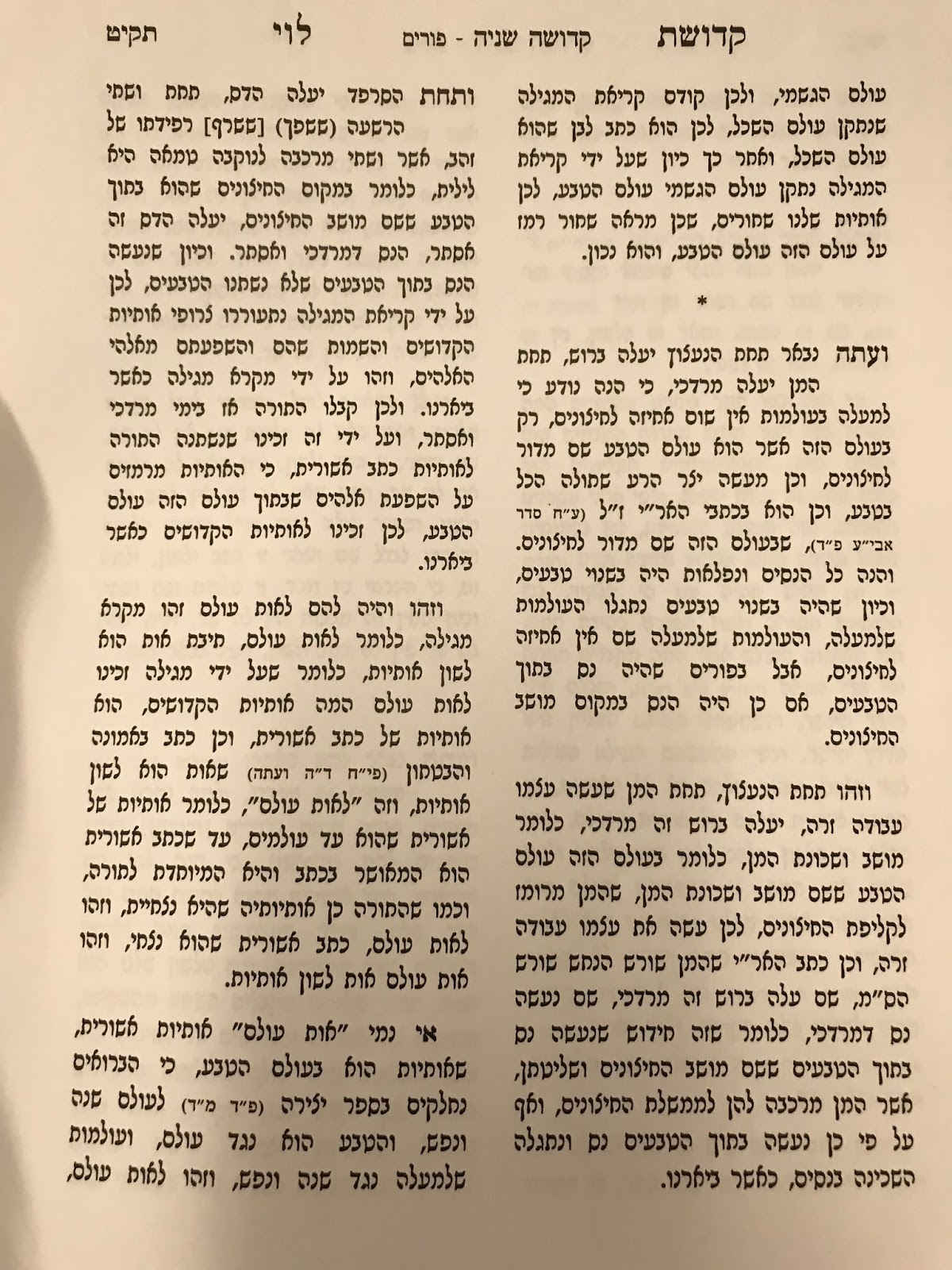 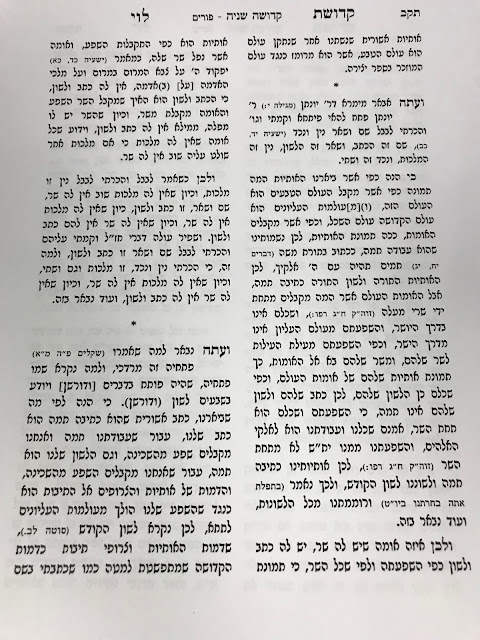 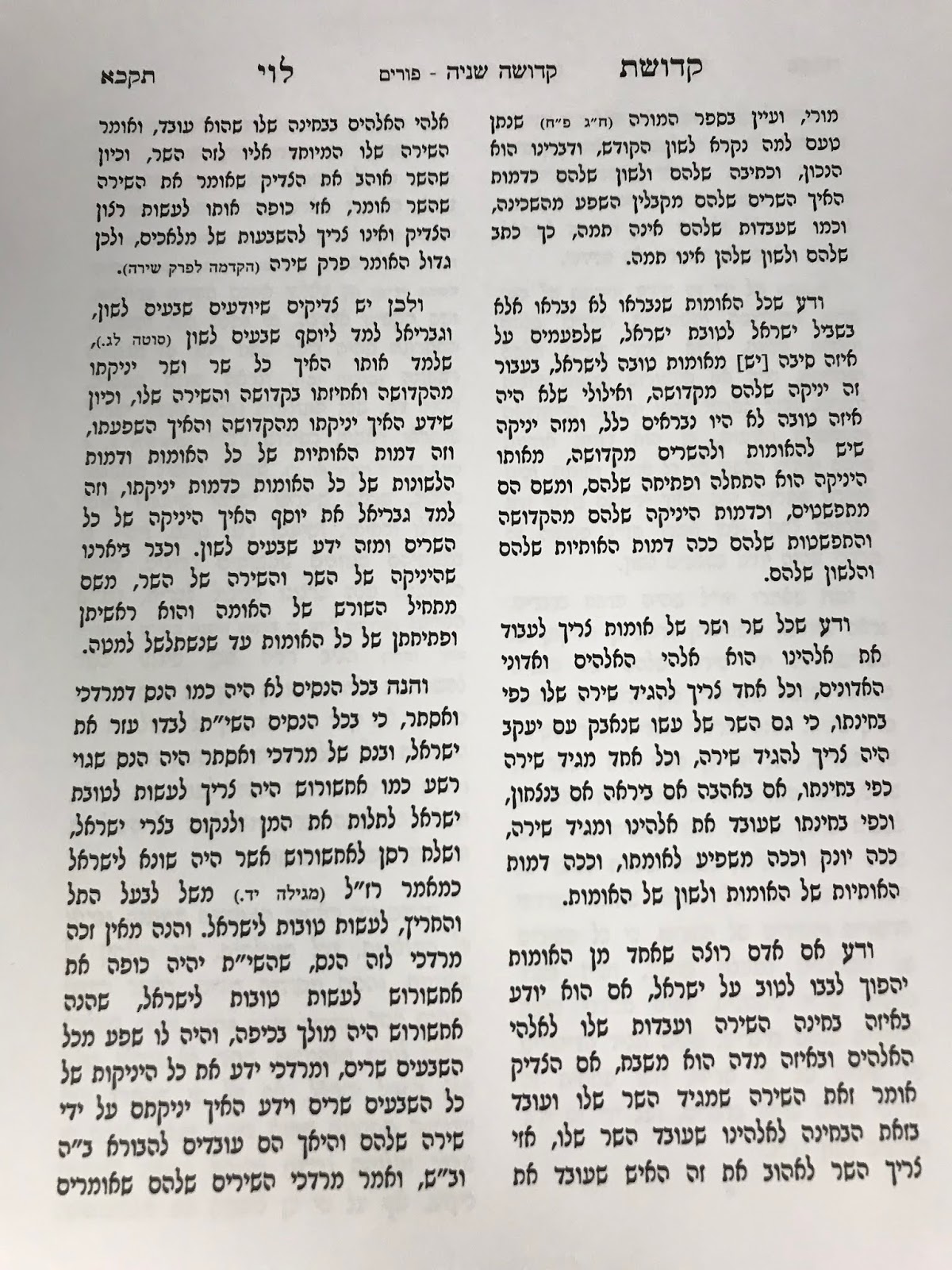 There’s a somewhat puzzling statement that in the Gemara that Megilla and Mezuza need Sirtut כאמתה של תורה like  “the truth of Torah,” whereas a sefer Torah and Tefilin do not. 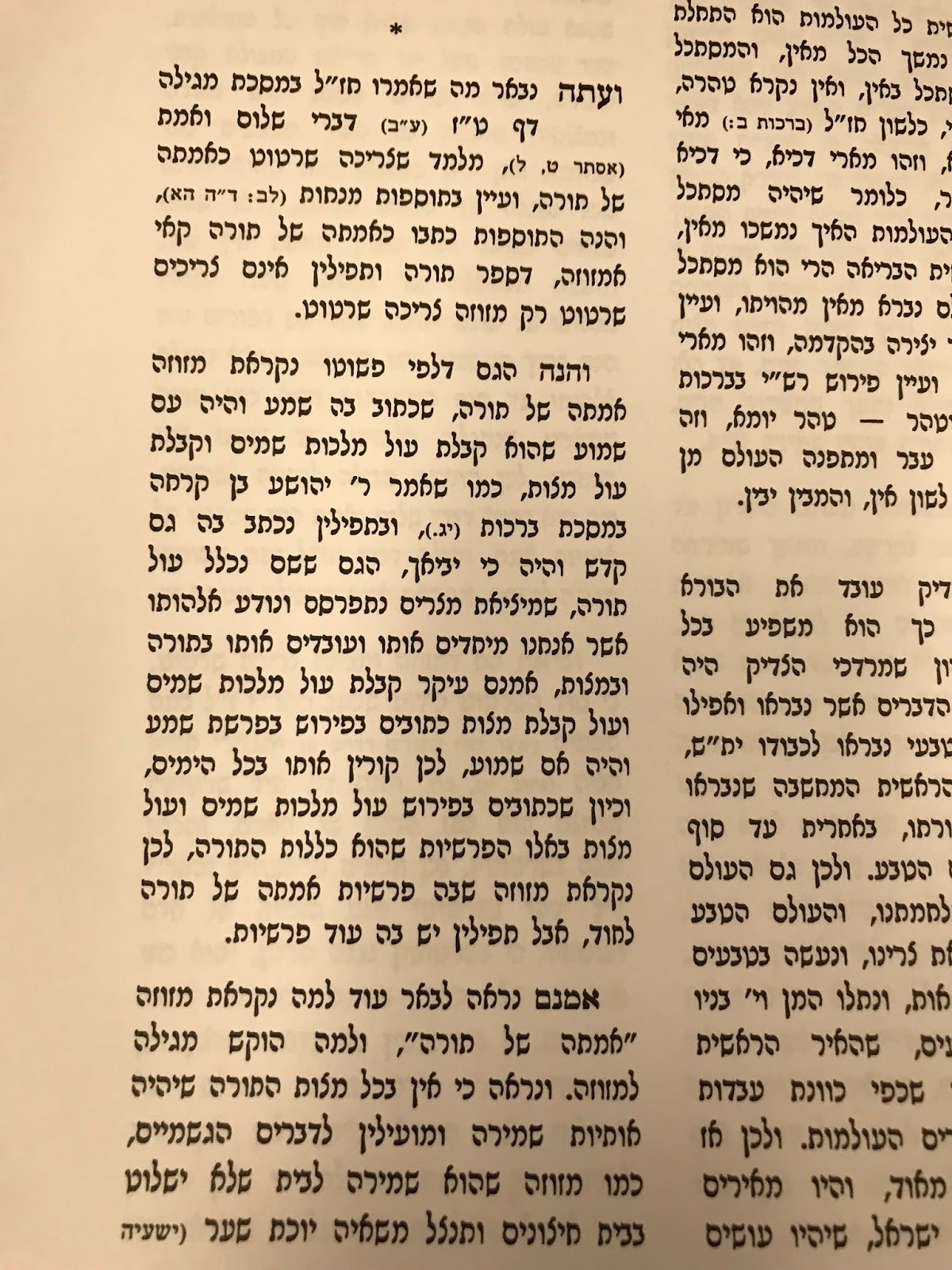 There is another reason we can give for this as well as give an explanation for why we compare Mezuzah to the Megilla. The Mezuzah is the only mitzvah who’s letters affect the physical world in that it is a protection for you. It draws, through its holy letters, from the very top to the very bottom, to affect this physical world. Just as the word אמת contains the beginning, middle and end letters of the alef beit, so too Mezuzah is called אמתה של תורה for this concept. 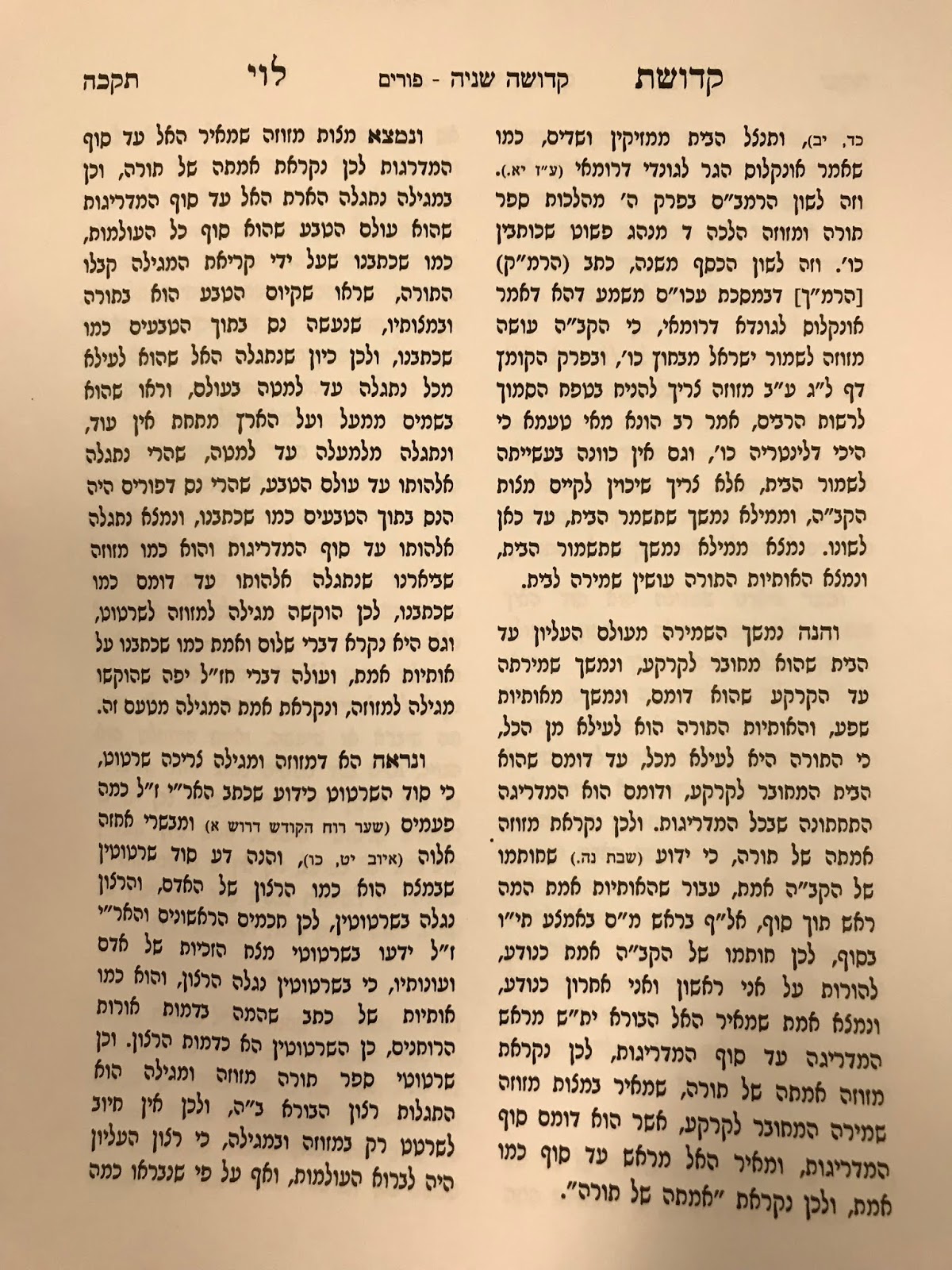 The same can be said of the Megilla, it’s affect is in the physical, natural world to the point that itis through it that we have the true acceptance of the Torah. Just as Mezuzah, it brings the truth from all the way up down to very lowest level. They are therefore both called “truth” to necessitate Sirtut as will be explained.

The lines of Sirtut are like the lines in a person’s forehead, that the Arizal explains you can see (the Hebrew letters shine there to show) a persons sins. This is because the a persons’ ratzon and will are revealed in these lines. If the white klaf is the אין סוף then the first, light impression in the klaf, the Sirtut, is the רצון for creation. This divine will at the beginning of creation only comes to fruition in man, on the lowest level, as he fulfills the purpose in creation through study of Torah and doing Mitzvos.

This then, is the צד השוה that equates the Mezuzah to the Megilla in the obligation of Sirtut. The Mezuzah, in that it affects a protection in this physical world and the Megilla, in its reaching down until the natural, in the true acceptance of the Torah down here. 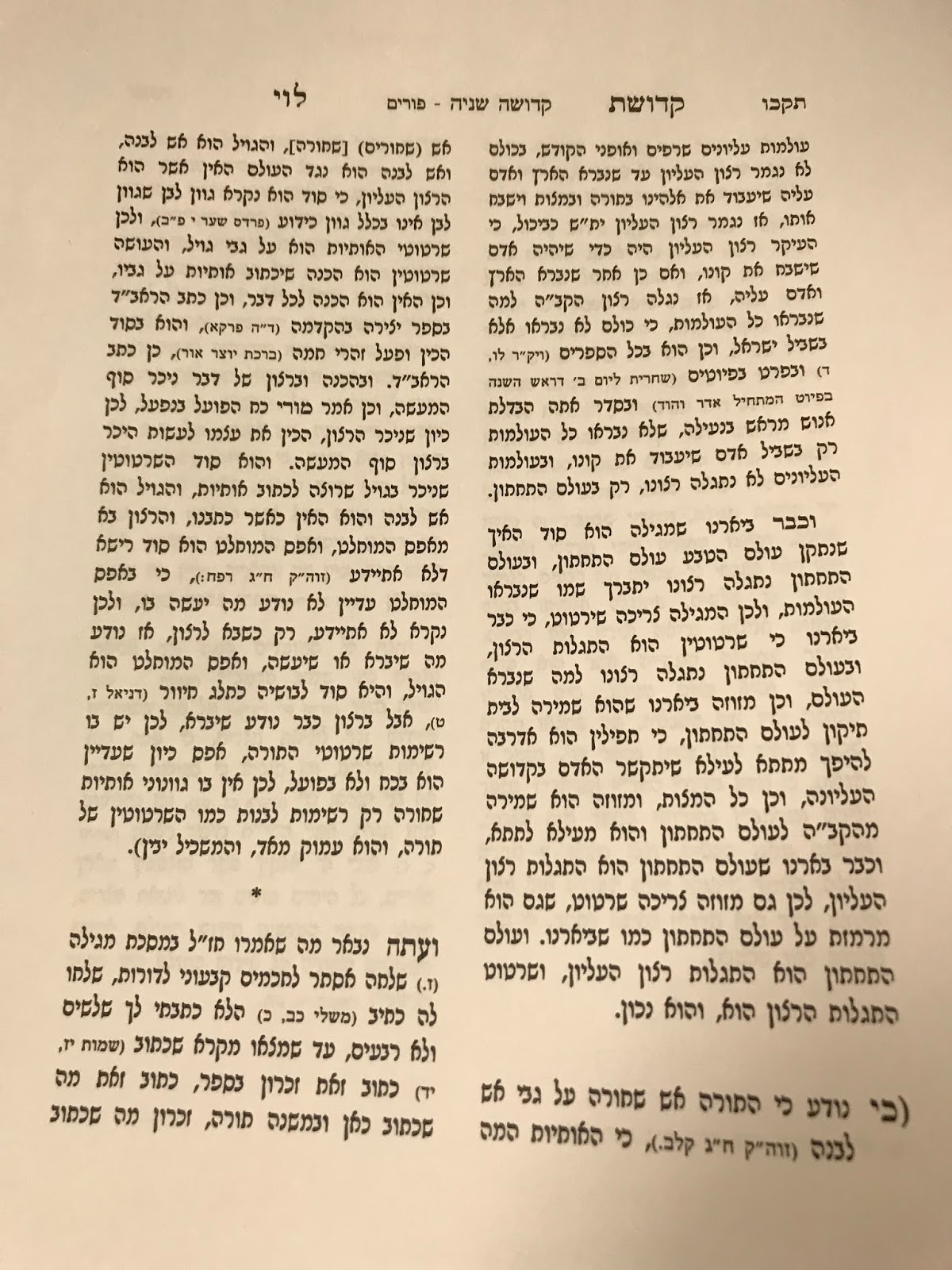 On a deeper level, according to the Magid of Mezritch, the Sirtut is the potential for creation, before the actual act of creation. Just as the Sirtut on the klaf shows that you are preparing to write letters, even before you write them, there is a spiritual potential beforehand.

I'm left to wonder if the reason sofrim begin by writting Megillas Esther is, not because of it's leniencies, but because of it's severity and as the first and formost sefer obligated in klaf and ksav with dyo, as explained above.

How about the Bais of Uleovdo? 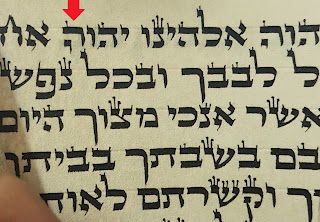 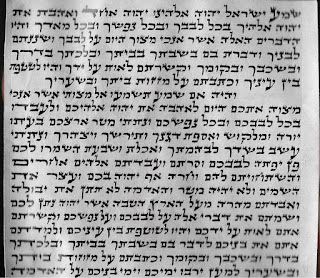